On Monday (April 20) Facebook has launched its dedicated Gaming App name “Facebook: Watch Play and Connect”. Where people can watch live video games‌ or stream their games online. The app’s design mainly focuses on engaging gamers to provide a platform. So that, they can show their gaming skills, tactics as well as strategies to Facebook’s mass audience by simply clicking the go-live button.

Shoot for the moon. Even if you miss, you'll land among the stars. - les brown Click to Tweet

Twitch has 3.8 million unique users who broadcasted games in Feb 2020. According to Twitch Tracker in March 2020, it has 1.44 million viewers on an average. (Data source – Newzoo)

By Clicking on Image You Can View Full-Size Image.

According to Streamlabs Facebook comes on 3rd position in terms of total hours game watched. According to Social Blade, Facebook gaming has 10,150,486 followers on April 21 which are increasing day by day. May be in future, we’ll see a good competition between three big streaming platforms. In future, we’ll see which company gains good popularity & achieve more no. of active users.

Meanwhile, the Facebook gaming app has no Ads right now. As the company wanted to primarily focus on making the gaming audience first. Although, Facebook will make money in the form of commission when viewers send stars (which represents the sum of money) to streamers (who are making content). As the company said to NYT – “After adding audience they will think other ways of making money”.

Facebook also spoke to NYT that more than 700 million out of its 2.5 billion monthly users are already engaged with gaming content.

“There are a lot of people who listen to music and say, ‘I can imagine myself being a musician, People are watching streams and they’re like, ‘I want to be a streamer,’ and with Go Live  it’s literally just a few clicks and then live, you’re a streamer.”

Though Facebook is planning to release this app in June but seeing the lockdown period where most of the people stay indoor & engaging in entertainment activities, Facebook speeds up its project & released it 2 months before taking competition with YouTube, Twitch & Mixer. (Game streaming platforms)

Before releasing the Facebook Gaming App, the company had tested the app for 18 months in south-east Asia & Latin America. Right now, the app is only available on Android. You can directly download it from Google Play Store. Soon the company will release it in Apple’s ios as well once the Apple approves that gaming app. As the Company said to NYT.

Simo – head of the Facebook app, had said that investing in gaming has been a priority for the tech giant. As gaming was a medium of entertainment that ‘connects people’.

Shoot for the moon. Even if you miss, you'll land among the stars. - les brown Click to Tweet

Now the Question Arises – How Facebook Gaming App is different from Twitch?

Facebook gaming app is different from other streaming services like Twitch because Facebook is mainly focusing on mobile game streaming, rather than desktop. Hence, the mobile gaming market is emerging since 2017 & making revenue of $49 billion in last year, And since we all know that twitch is already dominating in desktop streaming.

With billions of dollars profit and over 2.5 billion gamers around the world, Facebook wanna make an impact on the gaming industry which is now worth $160 billion.
If the app becomes successful, the gaming industry will definitely get a mass audience of video game-lovers.
This will generate a lot of money in terms of posting new game trailers, advertise or launch their upcoming games in the market. This could help them to reach billions of gaming audience easily.
Facebook Gaming App may provide lots of opportunities for small game creators. Moreover, there is also a possibility that the creators can make games solely for this app only. 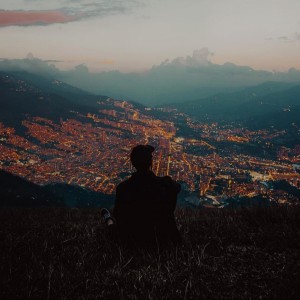 He is a passionate gamer playing video-games since 2010, & Tech Enthusiast. Who loves to write about Gaming, Gadgets, & Technology.